Meet George Smith, a born-and-raised Californian, a drug and alcohol counselor with a passion for working with youth, and the founder of a non-profit called Authors Inside that provides services to help incarcerated individuals learn how to write and tell their stories. He is also a former recipient of a double-life prison sentence.

Growing up in Compton, George was no stranger to violence, gang culture, and abandonment. He and his brother were raised by a single mother. “I love my mother. She was trying, but she was ill-equipped,” he recalls. By the time George was 17, he had been through 10 different schools. He’d learned to adapt his personality to each new environment he found himself in, wanting to fit in, but also knowing that his time in each place would not last long.

At 17 years old, having moved back to Compton, George became caught up in gang culture, joining one himself. When he was shot by a member of a rival group, George retaliated, fatally shooting the other person. Soon, he found himself in a courtroom, sentenced to double life in prison, with an additional 44 years.

For the first two decades of his sentence, George got into all sorts of trouble in prison. “I used to make fun of people who refused to get in trouble with me,” he says. But that all changed when he almost lost his life, smuggling drugs into the p 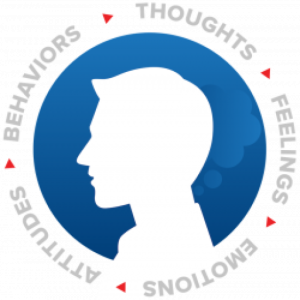 That was when I hit rock bottom…and the seeds planted by family members over the years [took hold] – my grandmother used to tell me, ‘Call on God, and He’ll answer.’ And so I did.”

Gradually, George realized that many of his peers were not only becoming religious and finding God, many of them were taking steps to improve themselves, even in prison. He learned that there were self-help courses offered, and groups where people could learn and share together. One of the programs that interested him came from ACCI.

ACCI offered curriculum that students could take back to their [bunks] with them and complete on their own. And that isn’t the usual. A lot of people do not want to go group, it’s vulnerable and public. ACCI offered an alternative where people can work on things in private.”

The ACCI program was led by a counselor and a fellow inmate in the facility, which is how George had heard of the program. During the COVID pandemic, group courses were shut down, and ACCI became the only self-directed program. Soon, ACCI’s contract period with the California Department of Corrections and Rehabilitation (CDCR) came to an end. However, George, and several of his peers pushed for the ACCI contract to be renewed, taking t

heir concerns to the warden. Their efforts paid off when he facility agreed to reinstate the ACCI programs.

In 2021, George was released, decades short of his double-life sentence. He had become a new person behind bars, and now he was returning to society. In early 2022, while speaking at a conference in Long Beach, George shared his story, and talked of the ACCI curriculum, and the courses he had taken while incarcerated. What he didn’t know was that Trevor Lloyd, ACCI President was in attendance as well. George recalls, “I get off the stage and this very tall human being approaches me and introduces himself. And this is the reality – these courses have helped people!”